All About Online & Mobile Media,Advertisement and Platform

Mable designs and operates all types of Internet advertising including display, video, SNS, and network.

40 million users, daily average access frequency 1, average daily use time 3 hours…
In just a few years, it has become a monster, a smartphone that has begun to replace newspapers and magazines as well as TV media, a traditional media stronghold.

With the advent of mobile devices such as smartphones and tablets, users have been logging on to the Internet 24 hours a day, 365 days a year. Innovative services are available based on various network and sensor functions (WiFi, GPS, NFC, Push Notty, etc.) . This means that more regular and interactive communication between advertisers, media and users is possible.

As mobile terminals become more diverse, future ads will become more ambiguous, and Mable will not miss the center of that change.

The advent of integrated ads that appear to be network ads, like social networking ads, and ads that cover mobile-television - PC users have already become reality. Mable promises to lead the way in providing advanced advertising services to our clients by constantly researching and challenging them. 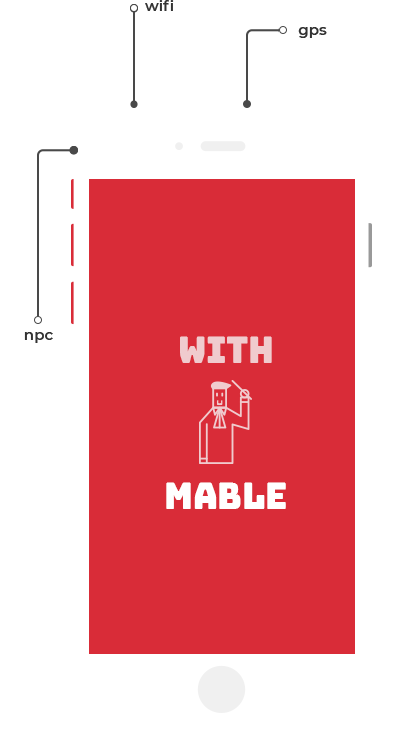 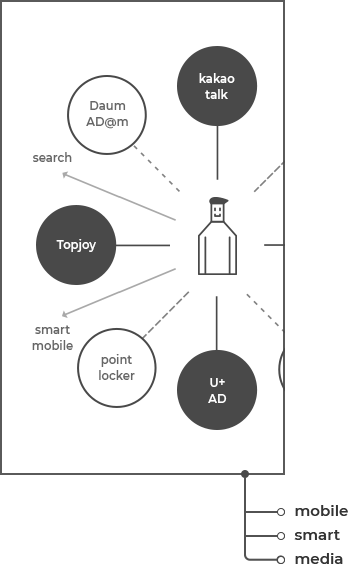 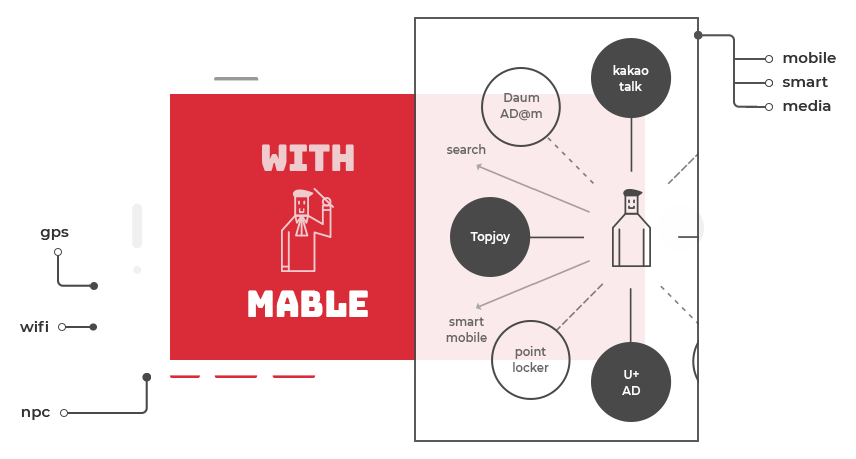 Banner advertising, which was the center of images, was the starting point to become a multimedia center, but the idea of porting advertisements to community services required media planners a new idea for media planning.

However, Mable realized the potential of the UCC video fever and quickly organized the department dedicated to YouTube(Google).

The organization educated media planners who were accustomed to traditional display advertising, designed accounts and campaigns by directly contacting various advertisers and agencies, and advanced their operational know-how by spreading success stories based on their achievements. As a strategic partner for Google, we were able to achieve the highest performance in the YouTube campaign in 2016.

Currently, Mable's video advertising network is expanding not only on YouTube but also on portal video services, mobile video apps, IPTV, and terrestrial broadcasters. We provide precise targeting know-how that spans media-user-content so that advertisers' messages can be a natural 'story' in video services.

Existing banners and video ads have clear metrics that measure effectiveness.
Click, Impression (View) is that.

However, the social network advertising platform, which was launched in the 2010s, has a significant impact on measuring this effect. This is because the propagation path of the ad is not the main inventory occupancy and the frequency of ad impressions but the interests of people around you and me. This is also an advantage of social network advertising that can produce endless results based on campaign scenarios and creative planning.

Mable's Facebook and Cacao Advertising Team will not only support the business of "Inventory Proposal - Reporting", but also become an owner of the campaign and support active campaign management. By supporting campaign optimization throughout the campaign from campaign scenario planning, advertisers can gain insights into the market as well as enhance their brand value.

With the development of Internet technology, advertisement service is gradually becoming more advanced as it can steadily treasure the Internet activity data of general users.
Network advertising is probably the most representative example of this trend.

As a result of the introduction of network advertising, it became possible to sell various media in a single package. In addition, it showed high advertisement performance by exposing the advertisement which each user might be interested in according to the Internet activity line. Therefore, It became an opportunity to gradually become interested in.

From networks that contain more and more media, to different user trekking and targeting technologies, and to advertising optimization issues... Mable will continue to research, invest, and support clients so that we can tackle all of these challenges for advertisers and agencies. 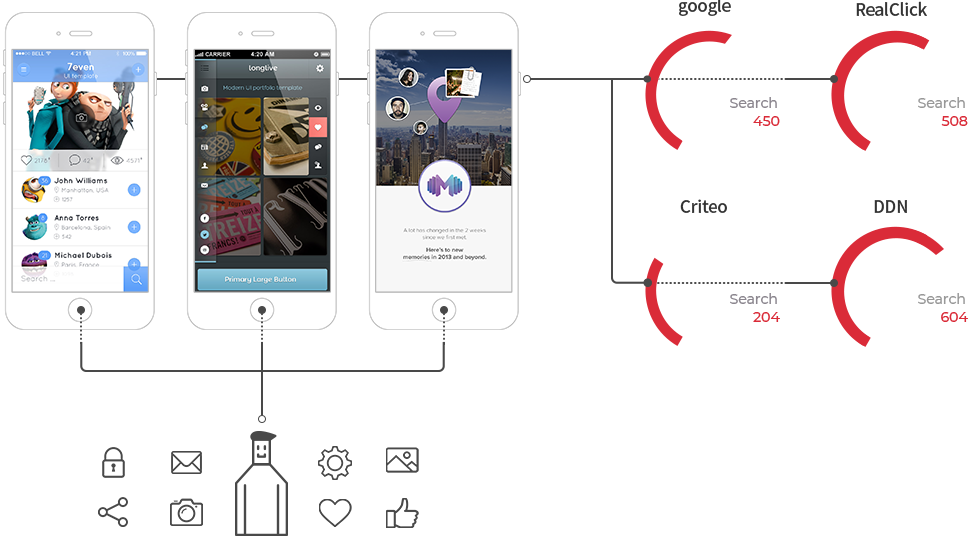 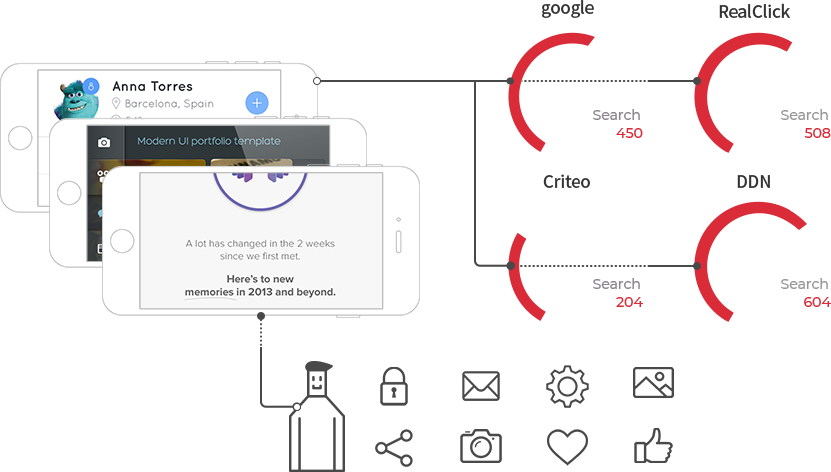 Display advertisement proposal and operation is possible through 60 experts.

Mable is proposing and running display ads that are sent to all web / mobile media in Korea through more than 60 experts. We are expanding our network by steadily discovering topical media such as Naver, Daum, Nate, etc., as well as representative media such as domestic media, real estate, finance, and beauty.

Our asset is a team of specialists from the Media Reb industry.

Our staff, consisting of specialists who have been in the media rep industry for over five years, will select the most effective alternatives for many media. We provide the most efficient media plans through consistent campaign performance metrics management as well as an understanding of a wide range of media products. In addition to reporting regular and on-time performance, our ability to optimize campaigns for maximum performance is also our asset.

'AdScreen' is a non-compensated platform for data-based ad fraud prevention and real-time performance analysis. Provides a balance strategy that matches the needs of advertisers who refrain from buying apps and media that provide healthy traffic.

AdScreen began with the 2015 Click Per Cost (CPC) based ad purchase platform DSP, and has been targeting the global market with 'Admouth 1.0' optimized for downloading uncompensated apps since 2016.

In 2018, 'AdScreen 2.0' was released, which strengthened the prevention of false traffic based on the time-by-time performance tracking of individual user units, and 'AdScreen 3.0', which was upgraded in September 2019, is the first non-encentive Cost Per Install (NCPI) advertising platform in Korea to implement web-app-linked analysis functions for the first time, enabling effective app marketing using various web channels. In addition, an automated inspection system is introduced to respond to advanced advertising fraud (Fraud) to check all campaign events conducted on the ad screen in real time and monitor user data for 24-hour close defense management.

AdScreens are a traffic optimization platform specialized for app performance that provides integrated management of both domestic and foreign App Rate traffic and designs a suitable traffic mix for mobile app advertisers. From click to install to install and various in-app events, you can experience optimal app marketing through AdScreens based on the behavior analysis of app users. 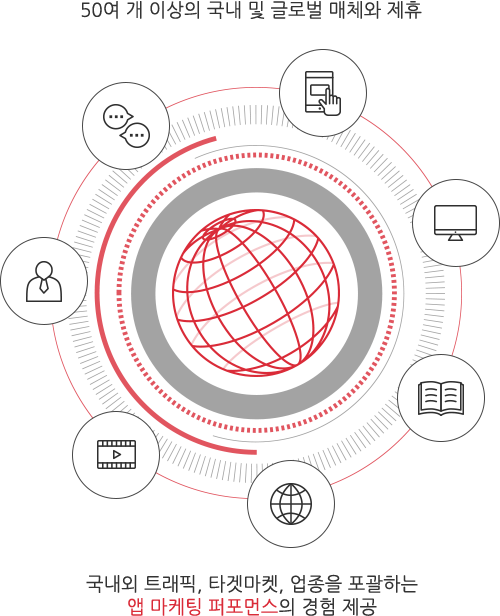